During Evolve 2016, Xamarin released Xamarin Studio (XS) for Mac as a Release Candidate. This release of XS provides more goodness like Visual Studio on Mac. Let’s see some of the features that are available in this release.

1. Dark Theme
For people like me, who work late at night, this is a boon. You can easily switch the theme and get ‘Dark Theme’ for your IDE. You can change the theme by going to
Xamarin Studio > Preferences > Environment > Visual Styles 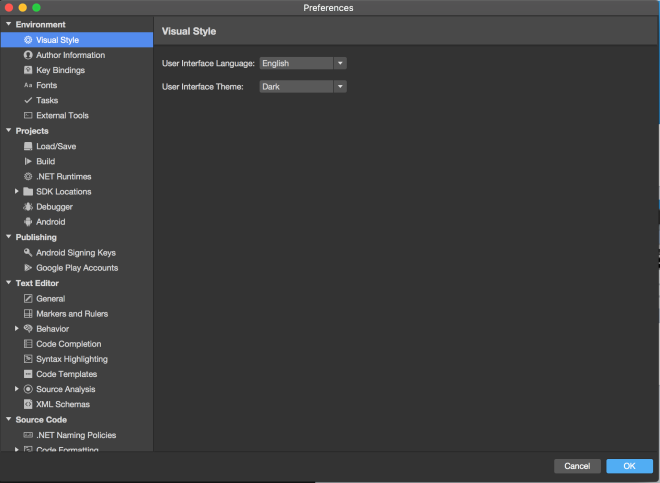 You’ll need to restart the IDE to see the effects.

2. New Icons and Graphics
You can see lot of new improvements in terms of graphics and icons when you open a project. 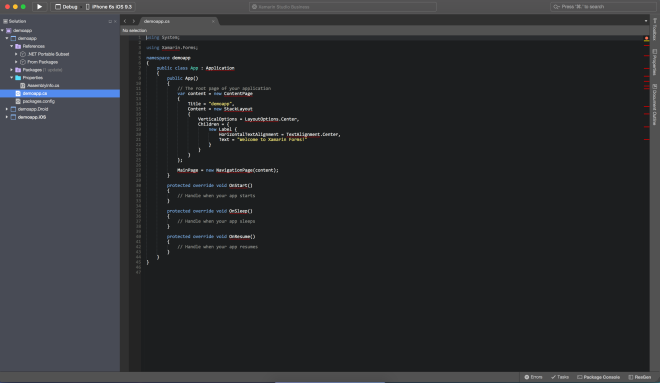 3. Roslyn Support with IntelliSense / Code Completion
XS is rewritten to support Roslyn. It allows code- refactoring and better IntelliSense in IDE. This is like a ReSharper for me :) 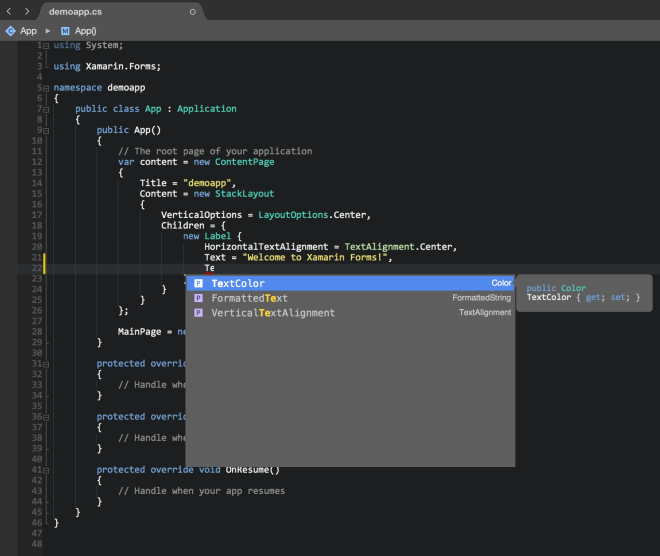 4. Xamarin.Form Previewer
Xamarin.Forms Previewer will allow you to see your XAML design right next to it. It is live, so changes in XAML can reflect in UI. You can see the UI results for iOS and Android for both Phone and Tablet mode in both Portrait or Landscape mode. To see the preview, click on ‘Preview’ button on top right corner. 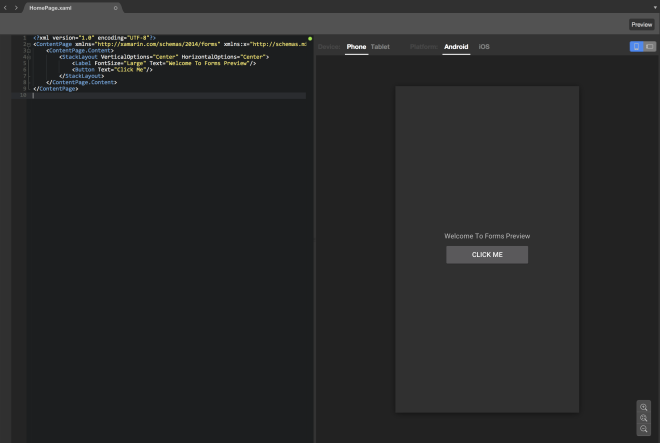 5. Better NuGet Support
You could always add specific version of NuGet package in XS by appending ver in query string while on ‘Add Packages’ window. However, now it has became more easier as XS provides a drop-down for version selector. Small feature, but very helpful. 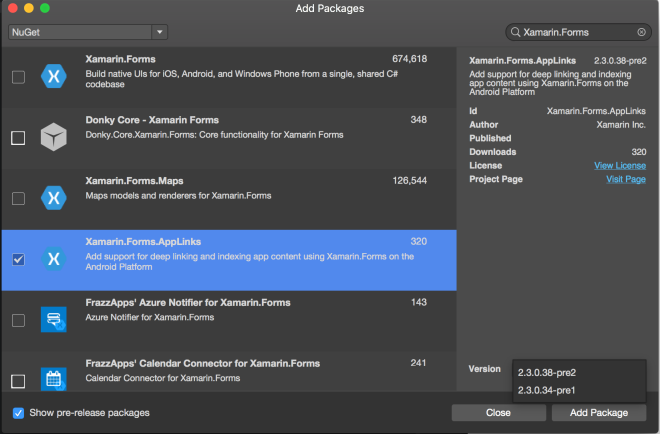 These are the top 5 features which I can think about when it comes to new Xamarin Studio release. There are many more and you can read about them in release documentation. I’m sure, you’ll enjoy this release.